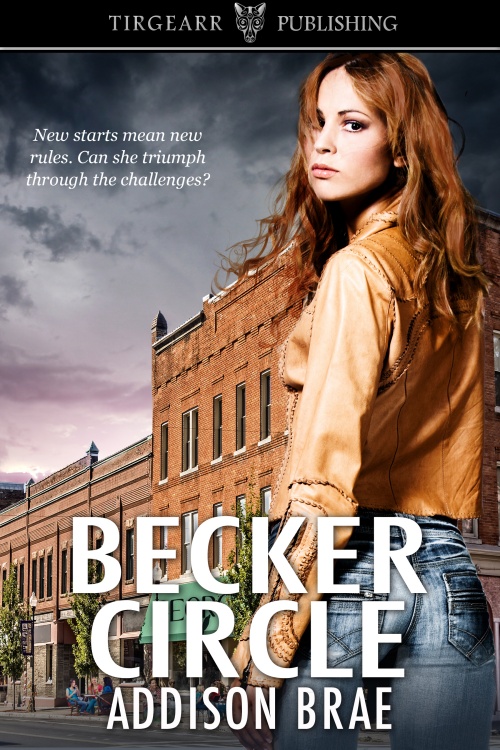 New starts mean new rules. Can she triumph through the challenges?

My boyfriend believed I was too gutless to leave. He was dead wrong. I graduated Harvard early and left his hot temper and everyone else behind for Dallas. Determined to make it on my own, I land a second job bartending at the neighborhood pub, smack in the middle of drama central, where almost every jerk in the neighborhood hits on me.
A week into the job, the neighborhood’s very popular drug dealer falls to his death a few feet from the table I’m serving. The cops say suicide, but the hot guitar player in the house band and I suspect foul play, and we intend to prove it. Digging deeper, we’re drawn closer to each other. Then we make a shocking discovery. We know the murderer.

I peek back at my butt in these loose-fitting jeans and all I see is sad. Remembering what my new boss said about better tips if I wear something a little sexy, I button a plaid shirt halfway up to show a little. I fasten one more and brush through my wavy auburn hair. Why did my apartment come with a full-length mirror in the bathroom? I’m nothing like my curvy new next door neighbor in that dress.
Even though I had to borrow a can opener from her to eat lunch today, I’m prepared with every bartender’s necessity. A good bar blade. I dig out the one I used to open bottles during my forty-two days of bartending at the place on Harvard Square back in Boston before Connor made me quit and stick it in my back pocket so I don’t look like a total rookie. It’s one of the few utensils in my kitchen drawer.
With the pink fuzzy scarf Lauren gave me for Christmas tucked inside my jacket, I message her before I talk myself out of going. “First night. Wish me luck!” I glance at the collage photo frame of our college memories she gave me before I packed up and left.
Mixers, whisky brands, and vodka flavors run through my head down the six flights of stairs and on the short walk to the first shift of my new night job. My jacket shields me from the cold as I step through the circles of light shining on the dark red brick sidewalk. A couple jogs by totally into one another, and three guys who were probably high school stars toss a football near the fountain, yelling back for not throwing right.
What am I doing? Am I invisible? Everyone’s with someone like I was. Taking the CPA job in Dallas seemed like such a great idea. It’s where no one knows me. Away from Connor. Before he had a chance to break me.
Rule one of my new life—forget about what already happened. Period.
Just as I turn the corner toward the tree-lined park, someone rams into me from behind. I gulp a breath as he twists me to the ground, dragging me along by the arm. The strap to my purse connects me to a guy who looks barely old enough to drive until he yanks it away. The purse holding the cash I have to live on until I get paid, my ID, one credit card, and proof I took an exam today.
The purse Mom gave me for my eleventh birthday.
“Stop!” I struggle to untwist my legs and sprint toward the strap dragging behind him. “No!” The distance between us widens.
At the edge of the park, a well-dressed man jumps out of a shiny SUV and shoves the guy into the shrubs. He leans over as they exchange words. Then the man extends a hand to help the purse thief out of the bushes.
I stop running to observe. The guy bolts without looking back and I still haven’t remembered to breathe.
Then the man, who’s at least my dad’s age, walks toward me. With my purse.
“Are you okay?” He hands it to me.
“Thank you so much.” I nod and glance at the leaves caught in it and back at the man, not quite believing any part of what just happened and fighting back the anger that it happened to me. “But what the . . .?”
“I understand. He has some problems. He won’t bother you again.” He bows his head like a nineteenth century prince and heads back to his truck.
I shake off the soreness in my arm. Who was that guy and why would he rescue a purse for some stranger?
The George & Dragon Public House sign creaks in the breeze. Smokers corralled on the patio by the black iron fence huddle around heaters, an occasional laugh rising above the steady hum of music and conversation. I walk through the door luckily ten minutes early. The smell of bleach mixed with mesquite from the fire lingers covering every secret that’s happened here. Clanking bottles drown out the low music.
Steve’s bald head pops up from behind the bar, his ginger beard even thicker and longer than I remember. “There she is. We took bets whether you’d chicken out.” 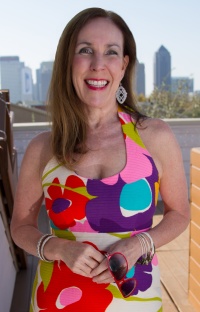 Addison Brae lives in Dallas, Texas on the edge of downtown. As a child, she was constantly in trouble for hiding under the bed to read when she was supposed to be napping. She has been writing since childhood starting with diaries, letters and short stories. She continues today with articles, video scripts and other content as an independent marketing consultant. When she’s not writing, Addison spends her time traveling the world, collecting interesting cocktail recipes and hosting parties. She’s still addicted to reading and has added jogging in her neighborhood park, sipping red wine, binge-watching TV series, vintage clothing and hanging out with her artistic other half and their neurotic cat Lucy.