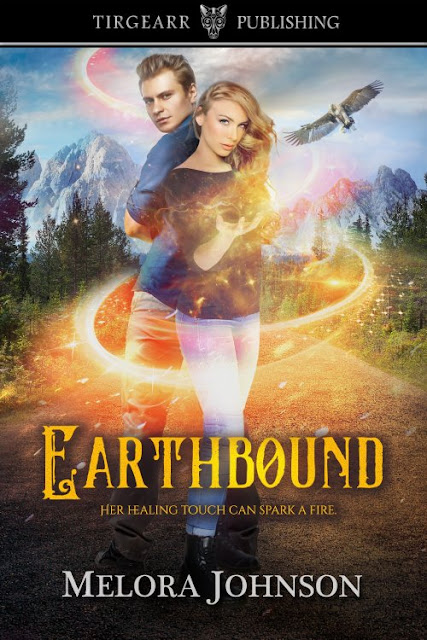 Ally Reynolds is a veterinarian specializing in raptor rehabilitation in New Hampshire. Other than one horrific incident in her childhood and a little extra “spark” for healing in her hands, both of which she has kept secret from even her best friend, her life has been singularly boring. It has also been extremely lonely. Ally longs for someone to share her life with, but how can she trust someone with her secret?

Matthew Blake, an ornithologist at Cornell University, calls Ally, asking for her help with an injured raptor. Matthew grew up in New Zealand and has lived around the world. He has read about Ally’s high success rates in raptor rehabilitation and suspects there is more to it than is generally known.

Matthew has some secrets of his own; he is a demon hunter. He suspects Ally’s healing powers could benefit him. He wants her to join him and thinks they’d make a great team.

Can Ally trust him or is he just using her? Matthew definitely has more secrets, and some of them are about her.

“Doctor Reynolds,” a male voice called out from across the room, pulling me back to the present. It sounded somewhat familiar.

I looked up, shielding my eyes from the afternoon sun shining in the front window as a male figure strode toward me, blond hair haloed by the light. He stopped in front of me.

Startled, I rose to my feet and looked into a chiseled face, his eyes the indeterminate blue green of sea glass like I’d collected along the shoreline once as a teenager. His dark golden blond hair was short and spiky, his lopsided grin pure perfection. He was gorgeous.

In my experience, gorgeous men were not to be trusted. Well, no men really were. Oh, all right, no one was, period.
“Doctor Allyson Reynolds? I’m Doctor Matthew Scott Blake. I’m honored to have you join us. I’ve read your articles in the Raptor Rehab Newsletter.”

He held out a hand, but when I put out mine to shake it, he simply captured mine in his and placed his other hand over it. His eyes flashed green with golden flecks in the sunlight.

I want to climb him like a tree. I swallowed, aghast at my own thoughts. I’d only known him a few minutes.

His hands were so warm. My mother’s voice played in my head, Gorgeous men are dangerous, arrogant, and being involved with them will lead to no good. I frowned.

“It’s so good to see you…” he said. At my expression, he faltered and cleared his throat. The wattage of his smile dimmed significantly. “I mean, to meet you. I’ve been following your work since I arrived in the States, in the newsletter.”

He turned, drawing my hand through his arm. “Please, let me show you around the facilities here.”

“Uh, thank you,” I murmured, wondering how to tactfully withdraw my arm. My attraction to him was overwhelming. At the same time, his overly familiar attitude seemed a little odd.

A tall woman, her long, brown hair in a ponytail, appeared at the doorway through which Matt had arrived. She positively glowered at my arm through Matthew’s. She wore work boots, khaki shorts, and a sand colored polo shirt with the university logo, so I assumed she worked there as well. She approached us and stopped several feet away, then turned a bright smile on Matthew. “Hi, Matt. What brings you down from the Ornithology Lab?”

“This is Doctor Allyson Reynolds, the veterinarian and raptor rehabilitation specialist I suggested to Rick we bring in to help with the injured eagle from Sapsucker Woods.”

Shelly took one more look at my arm entwined with Matthew’s then smiled again at him. “Would you like me to show her around?”

He paused a moment before replying. “That’s okay, Shelly. I can handle it, I know my way. No need to take time out of your busy schedule. I’ll just show Doctor Reynolds around, then bring her to meet Rick. He’s the one overseeing the care of the eagle. Oh…” He turned to me. “This is Doctor Shelly Madison, she’s a clinical associate professor in zoo medicine.”

I saw my chance and pulled my arm out of his, ostensibly to shake Shelly’s hand. I murmured hello. She responded stiffly. Her behavior made more sense to me than his. Why treat me like an honored guest? I was just a vet who specialized in raptor rehab. I had been so anxious to get out of town I’d jumped at the chance, but now there was one question paramount in my mind—why had he called me? They were the experts here.

“Now, let’s show you around the animal hospital here.” His hands clenched, his bicep bulging under his short sleeve as he tugged the inner door to the offices open for me.

I fought the urge to retreat a step. Here stood a warrior from medieval legend. It would have been more appropriate for him to be dressed in leather armor than a button-down, short-sleeved khaki shirt, but he grabbed my hand and drew me around Shelly. “We’ll start in the library.”

As we walked, I had a stern conversation with my subconscious. Go to Ithaca, you said. You’ll get away from anyone Jen wants to set you up with, you said.

Matthew squeezed my hand. I looked up to see him beaming at me. My stomach lurched. I was out of the nest and free falling. 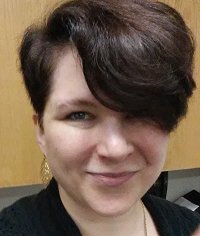 Melora Johnson grew up in a small town in Upstate New York, and still lives in the state with her husband, daughter, a black cat, and quite a few chickens. She writes poetry, horror, science-fiction & fantasy but dabbles in other genres and daylights as a librarian because that is where she hears the best stories. She also runs a thriving writers group. Of course, into every life a little rain must fall, as well as the occasional tornado, but you'll find that amply covered in her writing.